Meeting the Police Commissioner over Community Safety on the Southside

As Quakers, we believe in conversations, everyone speaks. Now, we are not here to tell you what you should do but to talk about how we can work together…” (Dale Graves) 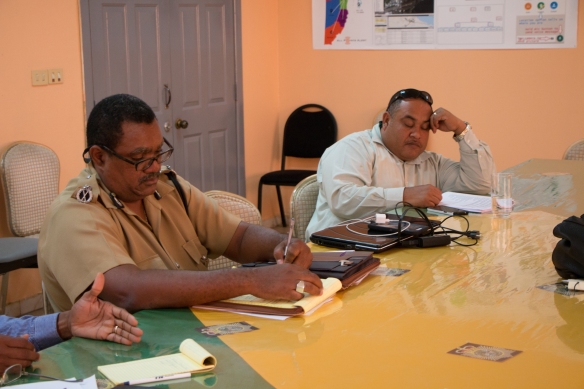 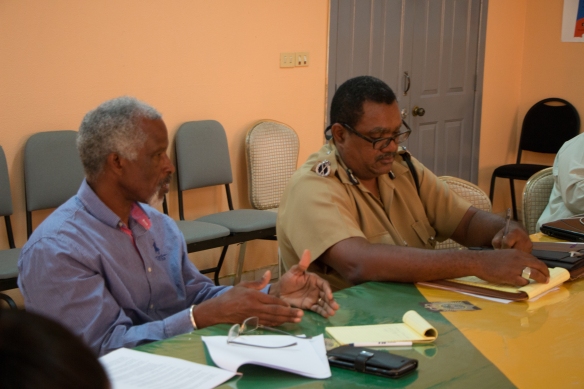 Last week, we received an invitation to meet Police Commissioner, Allan Whyle at the Police Department in Belize City. The meeting was to be held on Wednesday 1st of November 2017 but was cancelled at the eleventh hour and rescheduled on Thursday 2nd of November 2017. On Thursday afternoon, representatives of the Community Safety Forum gathered at Raccoon Police Department to discuss with the police commissioner, the issues raised in the letter that had been sent to him.

Cynthia Pits and Miriam DeShield participate in the discussion.

Assistant Commissioner of Police Dezerie Magdeleno talks about the concerns of the police towards people in detention.